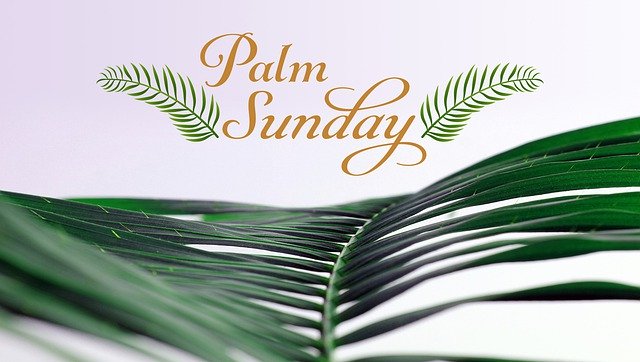 When he entered Jerusalem, the whole city was in turmoil, asking, ‘Who is this?’

Seated on the back of a donkey, surrounded by noisy crowds whose joy could not be contained, Jesus’ triumphal entry turned heads and set tongues to wagging. It raised questions.

Who is this who dares enact the promise of the Hebrew Scriptures, sauntering into town as though he owns it? Who riles up the rowdies and sets the stones to singing? Who causes women and men to shout Hosanna to the Son of David, blessed is the one who comes in the name of the Lord?

The theatre of the entrance got people’s full attention, all kinds of people.

The Pharisees asked: How dare he destabilise the delicate balance we have worked so hard to establish? Who does he think he is, country bumpkin, rabble-rouser, no good troublemaker?

The crowd asked: When will he take the throne? When will the Roman dogs leave, tails between their legs?

The disciples asked: Where will I be sat, at the right hand or at the left?

The poor asked, as they always did: Will I get enough to eat today?

The sick asked: Will I be healed? The lame: Will I walk? The leper: Will I be touched?

Who is this? indeed. Who puts fear into the bowels of the responsible and hope into the hearts of the hungry?

Who is this?
This is the one whose coming interrogates us.

Who are you?, the man on the donkey asks. Who do you stand with: those who crave security (the panic-buyers) and stability (those who can’t abide change)? Those who strive for power and self-determination? Are you hungry? Poor? Sick? Lame? Lonely? What do you want from me? What are you looking for? Why are you here?

About 125 years later, the body of Christ was still turning heads and setting tongues to wag. The philosopher Aristides, observing the Christian community, wrote:
…and they love one another….the one who has gives liberally to the one who has not, without boasting. And when they see a stranger, they take him in to their homes and rejoice over him as a very brother, for they call one another brothers, not after the flesh, but in the Spirit…. And if there is among them any that is poor and needy, and if they have no spare food, they fast two or three days in order to provide the needy with their necessary food.

By the year 250CE, the Church at Rome supported 1500 needy people, a kind of sharing unheard of in the late Roman Empire. In the 4th century, Julian the Apostate (361-363), who tried to stamp out Christianity, was forced to admit these godless Galileans (that’s what he called Christians) not only feed their poor, but ours also.2

Two thousand years have come and gone. Does the body of Christ still turn heads and set tongues to wag? About what?

This man on the donkey, face set like flint towards Jerusalem, how does his life interrogate ours? What questions do our lives raise in others? Does the witness of our lives and our life together stimulate fear, or hope, or any thought or feeling at all? Or do we hope to squeak by, with no one noticing we are in the room?

Let’s be real. Most of us hope to squeak by, not wanting to draw attention to ourselves, hoping our lives attract no undue attention (and any attention would be undue). That people might talk about us, might be provoked by us, alarms us. The good life, the Christian life, means living peaceably with one’s neighbours, taking care of one’s family, contributing to good causes….being a good person.

Cardinal Emmanuel Celestin Suhard spoke of the vocation of the Christian to be a living mystery;…. to live in such a way that one’s life would not make sense if God did not exist. So that when people watch us, deep questions come to the fore. They find themselves asking Who is this Jesus, who makes this person live this way?

How do we get to the place where our lives provoke those kinds of questions? The first crowd was on to something.

Waving palm branches, symbols of God’s goodness and provision, they shouted Hosanna…which means ‘save, I pray’. Salvation is not something we achieve; we do not transform our own lives as an exercise of will. Rather, Jesus shows us the way, he who had the tongue of a teacher, but listened as those who are taught; who, though he was in the form of God, did not regard equality with God as something to be exploited, but emptied himself, taking the form of a slave, being born in human likeness. And being found in human form, he humbled himself and became obedient….obedient to the point of death, even death on a cross.

Listening. Emptiness. Obedience. Death. A peculiar recipe for transformation; things usually in short supply in our noisy, self-orientated culture. Things now more present to us in the locked down waiting time of this pandemic. It is the only way. Our only hope.

As the week progresses, the questions will not end: Who is this whose sweat and tears fall into the dust of the olive grove, whose earnest prayer hangs in the night? Who is this who demands that we watch and pray? Who is betrayed by a kiss, and goes like a lamb to the lions? Who stands resolute, in humility and dignity, before the accusing authorities, and gives his back to be struck? Who writhes in pain on the cross, feeling forsaken by his Father? Whose death rips open the fabric of the universe and exposes the dark underbelly of humanity? Whose obedience will explode into the light of the resurrection and uncover the image of the best in us, our potential for divine self-giving love?

He is the one who asks, who always asks….will you follow me?

1. The Apology of Aristides the Philosopher, XV, delivered around the year 125 when Hadrian visited Athens, translated from the Syria version by D.M. Kay.
2. Sider, Ronald J. (1997) Rich Christians in an Age of Hunger, Nashville, TN: Word Publishing, p. 88.