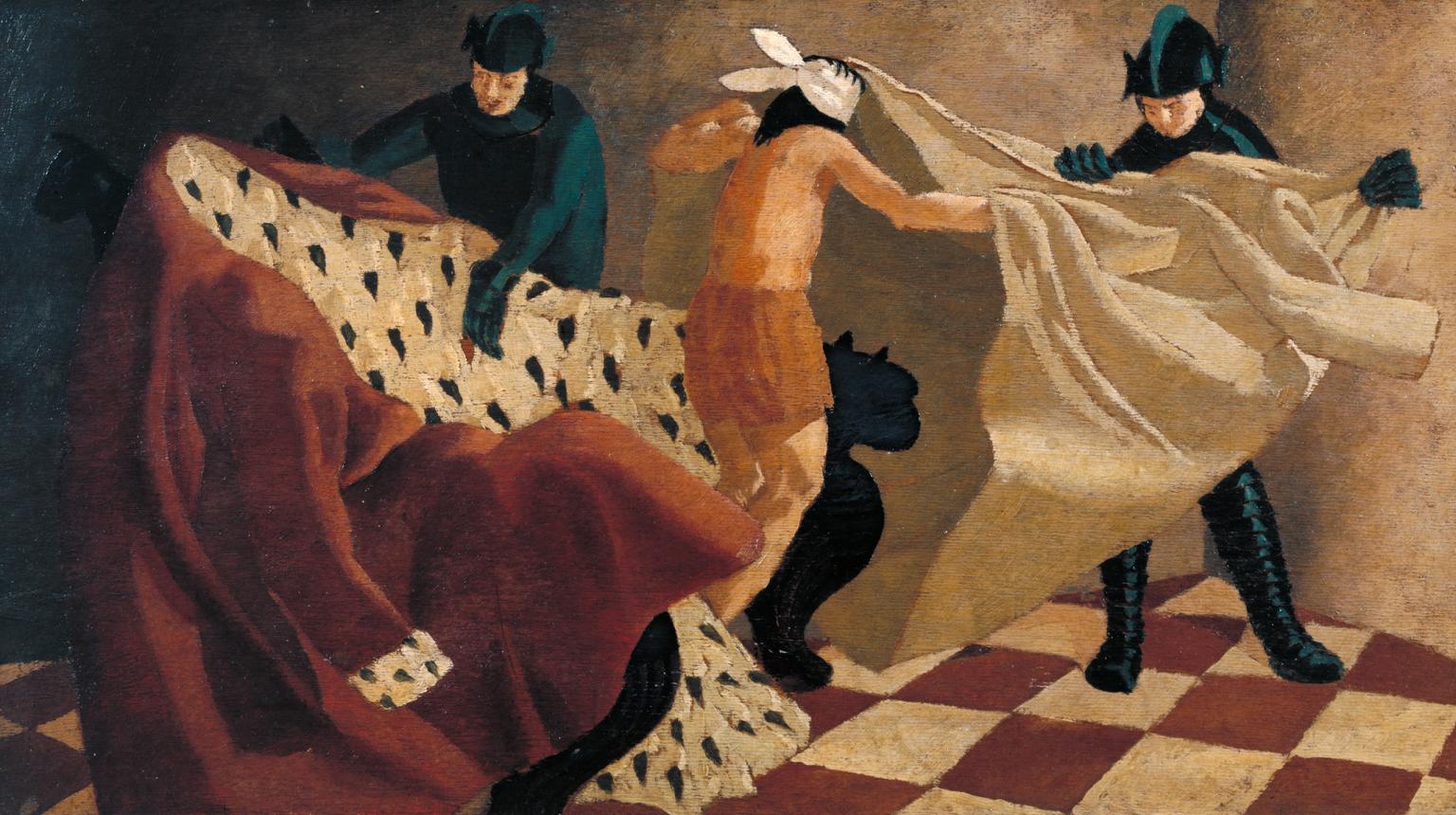 Like many of Spencer’s pictures, his portrayal of the removal of Christ’s garments projects a haunting and somewhat sinister effect. John’s Gospel, like the Synoptics, places this scene at Golgotha, whereas the painting seems to be set indoors judging by the floor tiles: not in a cell or dungeon, but in the same dark room where the complementary picture The Robing of Christ is set.

The foreboding sense of evil is heightened by the peculiar dress of the soldiers and the strange shadow cast by the blindfolded Christ.

In contrast to the voluminous seamless tunic and the huge rust coloured fur-lined coat, the central figure of Jesus appears reduced, as if, at this moment of his humiliation, he is a diminished, but not quite finished, character.

If this dark scene was simply the precursor to a degrading, but commonly implemented, public death spectacle in which a flicker of light was extinguished, then there would have been no reason for it to have been painted. It would be meaningless. That it is meaningful and moving two millennia after the event it depicts is the only testament needed to its relevance and truth.

I write this at the turn of the year looking forward to a year which seems uncertain in many different ways. The future looks bleak and dark both in matters of international cooperation and the struggle for peace, and for social justice in our own localities.

The world needs women and men of clarity of vision and humility of spirit to speak out in the name of God, just as Jesus, deep in his humiliation stood firm in his purpose. Then all might be well and darkness dispelled.